They Can All Sing-The Primary Years and Head Voice 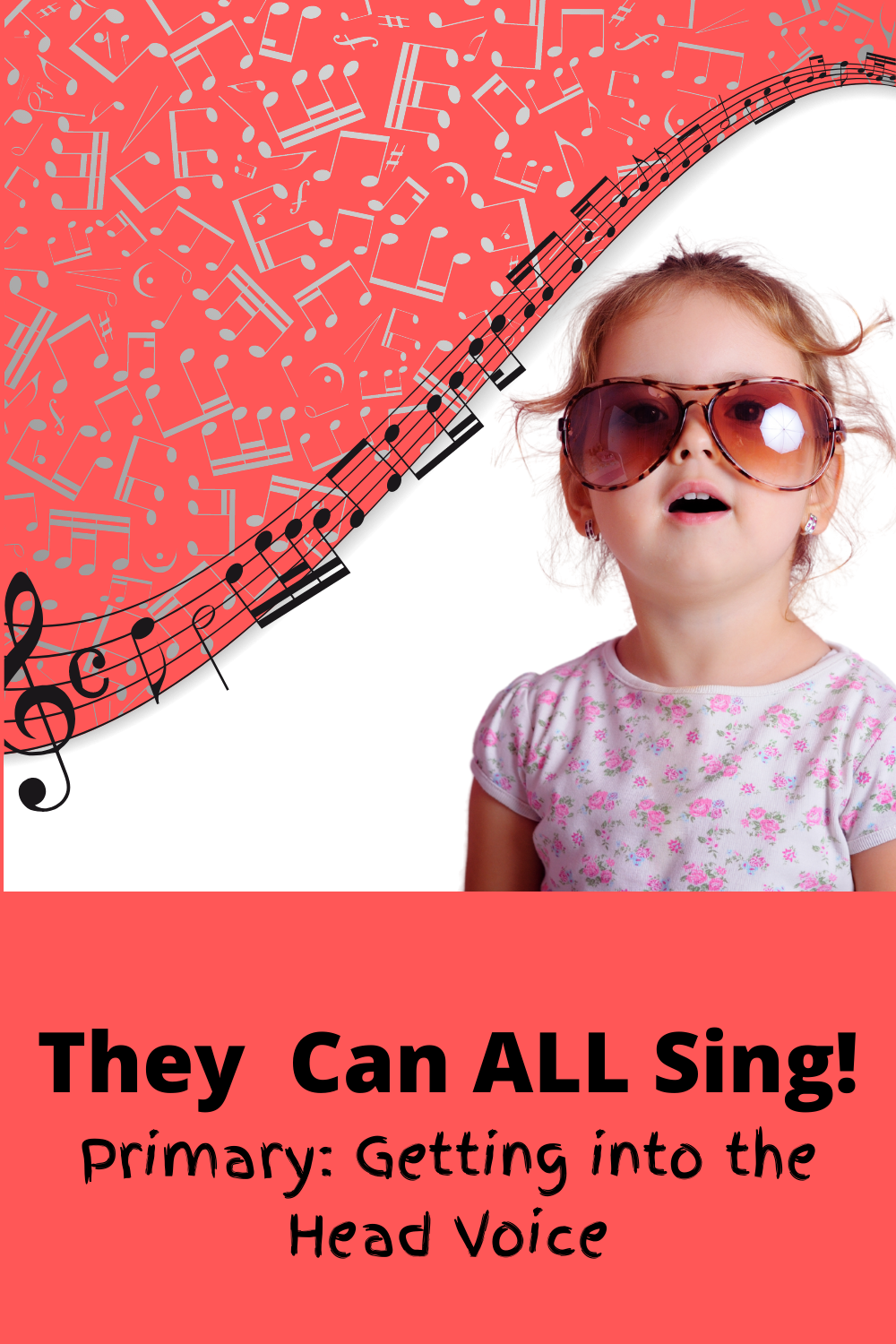 One of the trickiest things to get kids to sing in the primary years is getting some of them in that head voice. Whether it’s because they imitate the adults in their lives who might sing in a chest voice, or just may not want to sing, encouraging that feel can often be frustrating. But there are tricks to getting these kids to get within their proper range and making it fun.

John Feierabend is probably the king of the early and primary childhood voice. That was his focus of study. If you have never been to one of his workshops, it needs to be on your teacher bucket list. His props and ideas for singing (such as the hummingbird conversation idea my students love) and his resources are full of great ideas. Most likely, you had been taught to teach songs by rote, a chunk at a time (whole-part-whole). In Feireabend’s opinion, this doesn’t work. It reinforces the beginning too much, and you lose them at the end. Instead, he advocates introducing the song and the games right away. Incorporate the song into other activities or as an introduction. Just sing it. For short songs, I like to sing the song and tell the students, “When you know the song, follow me and sing along”. As students learn the song, they get up and follow me in a circle around the room. Students who linger? I just tell them, “You’ve got this! Do you want a friend to help?” A friend can walk with them and sing along.

Puppets, props, and pretty little things are great tools to capture the attention and get kids to vocalize and aim for that head voice. In kindergarten and beginning first grade, I just want them to get up there. We’re not too worried about pitch (although I do introduce solfege in first grade.) Here are some examples of items I’ve collected over the years or created that encourage sounds that get them out of the chest:

This was a second grade class. And they were captivated. The goat is so much fun, the tough guys don’t realize they’re singing in head voice.

Another great little toy–a versatile one–is a Hoberman sphere. Kids are fascinated by this expandable toy. I’ve used this for dynamics, movement cues, and for getting into the head voice, as this video shows (with first grade):

Finally, I love telling little stories in class to get the students listening and participating. I developed a little Dino Dance story, using visuals, to get my students to not only read, but to note the visual cues that indicate whether their pitch should go higher or lower. Here is a sample from class:

Next time: A revisit to Mozart, the Marvelous Mouth Magician. I introduced him last year, and it’s time to see what’s going on with him this year.

PrevPreviousThey Can All Sing….Part One: Intermediate-Ages 4-6
NextUpdated: The Adventures of Mozart the Marvelous Mouth Magician: Singing in the Head VoiceNext