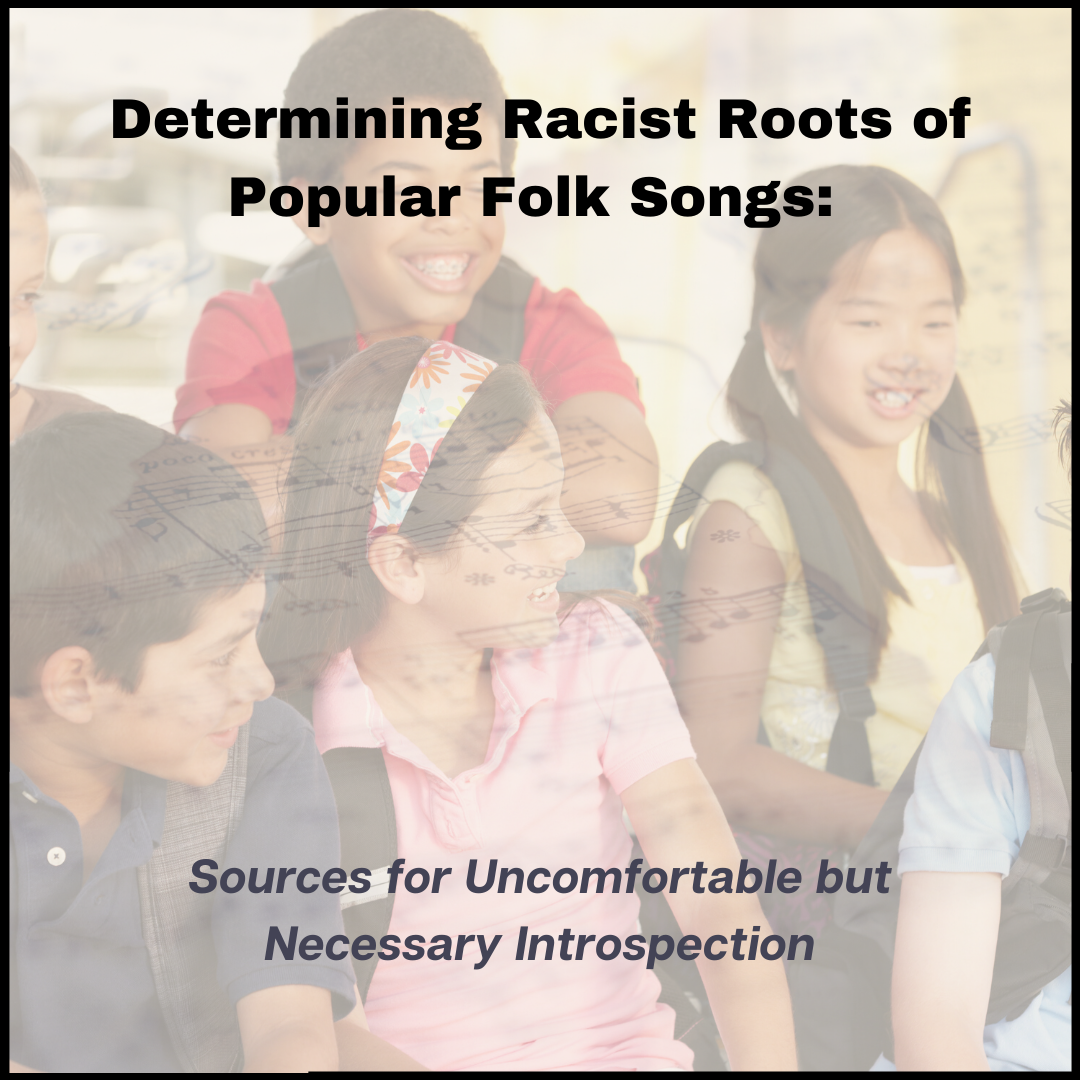 As owner of Dr. Stafford’s Musical Cures , I support Black Lives Matter and stands in solidarity with Black friends, colleagues, students and loved ones. The treatment of Black people in relation to white people is a travesty. I am is dedicated to providing resources and information on racism and recognizing the white privilege with which I live. Additionally, I pledge to help fight against any police brutality, support officers who are making a positive difference. As a member of AOSA , OAKE, and NAfME, I also stand by their pledges to support their Black members. And I will continue to provide resources and information on teaching music, a way to help the world heal.

A Little Bit about White Privilege and Teaching

In the midst of a pandemic, learning online teaching, figuring out where to get masks, whether not we listen to the advice of the CDC, WHO, or our friends’ memes……….amid all that confusion………
A man was killed. Maybe he passed a counterfeit bill. Maybe he didn’t. But in the ensuing arrest attempt……he was murdered. I won’t go into the details. Many of us have those details seared into our brains. We saw the video. As horrid as it was, if not for the video, four officers would not be charged with second degree murder. It would be another case of a Black man’s word against four police officers. And guess who would win………HOWEVER, stereotypes don’t help. Not all police officers are rogue. In fact, the majority of them honestly want to serve their community. And, for the looting and riots: things are not always as they seem. They are usually not Black people. And like Forrest Gump says, “That’s all I have to say about that.”

I’m going to say little about my white privilege because that’s not the focus. But, by the same token, I am learning to face it. It’s not always pretty. That’s why I want to mention it.The way I wanted to go in to city schools and teach after retirement because I wanted to make a difference? I marched in with my box full of Black musicians and those books about little children with “special” names. I wanted to make MY perception of difference, not theirs. I pronounced that I couldn’t be racist because I drove 50 miles one way and took the job after retirement. I wanted to discipline them my way, consistently sending kids to ISS on the advice of others. But………I rarely took the time to listen. Maybe that’s why a teacher and a student claimed I was racist. I was shocked and taken aback. And I let it affect my health. I resigned 10 weeks in, doctor note in hand. In all fairness to me, there were other situations going on that made it less than ideal. But I certainly didn’t help matters. I was operating on white privilege.

Folk songs have been a music teaching staple for centuries. As we know, folk music was passed down from generation to generation, often not written down. Kodály levels students are taught how to trace the roots of folk songs back to as primary of sources as possible. Sometimes, however, we don’t go back far enough.Take the popular favorite for sixteenth notes “Chicken on a Fencepost (Dance Josey)“. My students in the school before I retired LOVED it. Thank goodness I never got to it in my city school. There are subsequent verses that include the “n” word. There is a host of songs with minstrel histories and derogatory terms for Black people and indigenous peoples. Also, quite a few of the songs we might have taught have questionable authenticity regarding the culture attributed to them.

Why Does This Matter?

What Do We, As Music Educators/Directors Do?

As teachers, we are taught to utilize introspection to continually evaluate ourselves and our teaching. A huge part of our teaching is respect for all of our students. The following graphic was found on Jean Pierre’s Facebook page, posted on June 10, 2020. You may wish to look a it and evaluate yourself: where do you fall? When we are able to determine this, we can go forward with the evaluation of our pedagogy, our Kodály binders, our resources, and our outlooks. 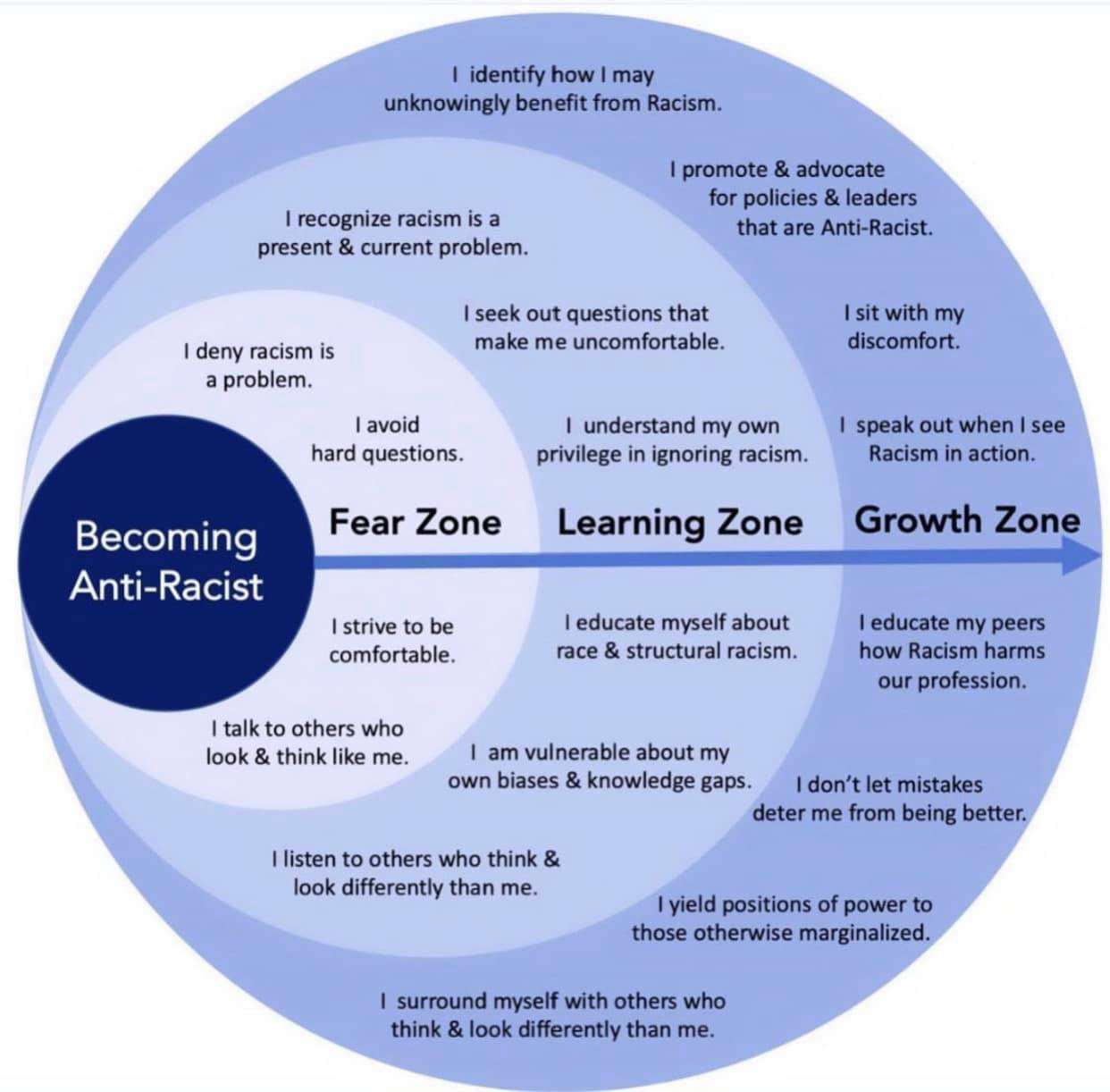 Probably the most current definitive organization resource dedicated to research into musical equity is Decolonizing the Music Room by Brandi Waller-Pace Executive Director and Lorelei Batislaong, Co-Editor and Deputy Director. A nonprofit organization, the mission of DTMR is focused on helping music educators develop critical practices and utilize the knowledge and experience of Black, Brown, and Indigenous People in order to challenge the dominance of Western European and white American music, while making more prominent non-dominant races and cultures in music education to make the field more equitable for all.

Resources on songs with questionable pasts

Choral Arrangers with a Specialty in Authenticity of Spirituals

Books on Spirituals and White Fragility

Children’s Books about Black Musicians and Music from Black Tradition

If you have any contributions to these lists, please leave a comment. It would be wonderful to have this list grow as a handy resource.